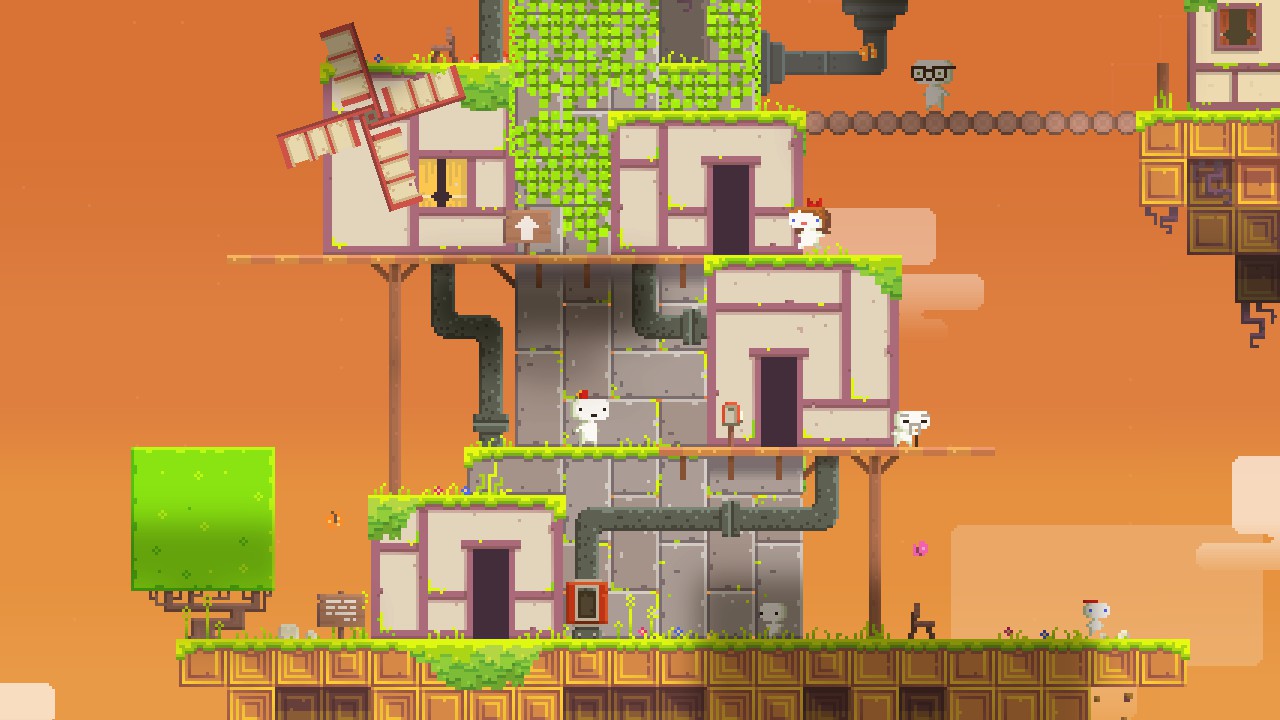 The game begins with Gomez (the rectangular-headed chap who you control) waking up in his room. He exits into the village, the beautifully designed, two-dimensional platforming environment you can see in the screenshot above. The characters have very little to say; they’re quite two-dimensional - a clever twist on the genre by Polytron, and one that is, along with the game’s numerous other jokes and references, really funny.

The idea of ‘dimension’ is what really makes this game tick, as you see very near to the start of the game. Gomez is given a fez (the little red hat the game is named after), which allows him to rotate the world. I played with a controller, so for me pulling the left or right triggers or bumpers rotated the whole level by 90 degrees. 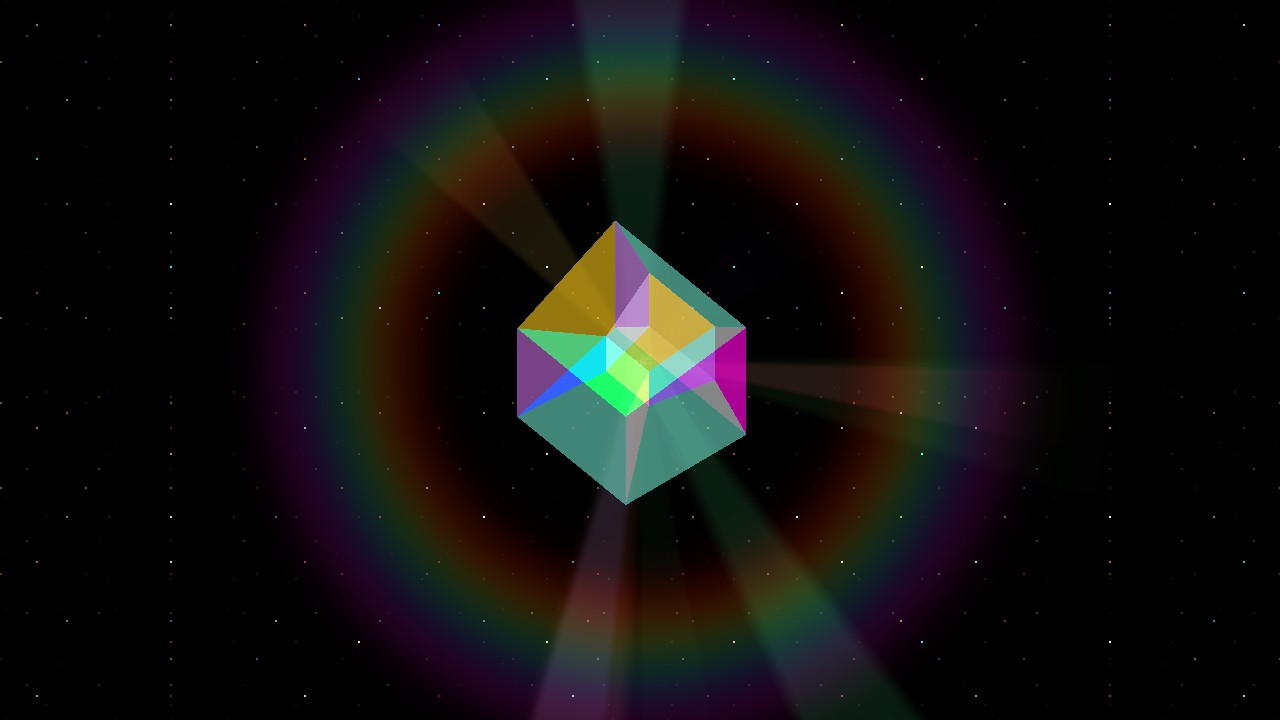 This 4D-cube-thing is used as the loading screen for the bigger areas.

It’s not simply a 3D environment viewed from different angles, though - for example, two platforms that are level with each other but at different distances from the camera. Since distance means nothing in 2D, the player can simply walk from one to the other - provided you’ve rotated the world correctly, of course. FEZ twists space in an echo of how Braid twisted time, and Jon Blow is actually given special thanks in the credits. These two games compliment each other magnificently. Thanks is also given to Superbrothers, a game which shares FEZ’s artistic heritage. 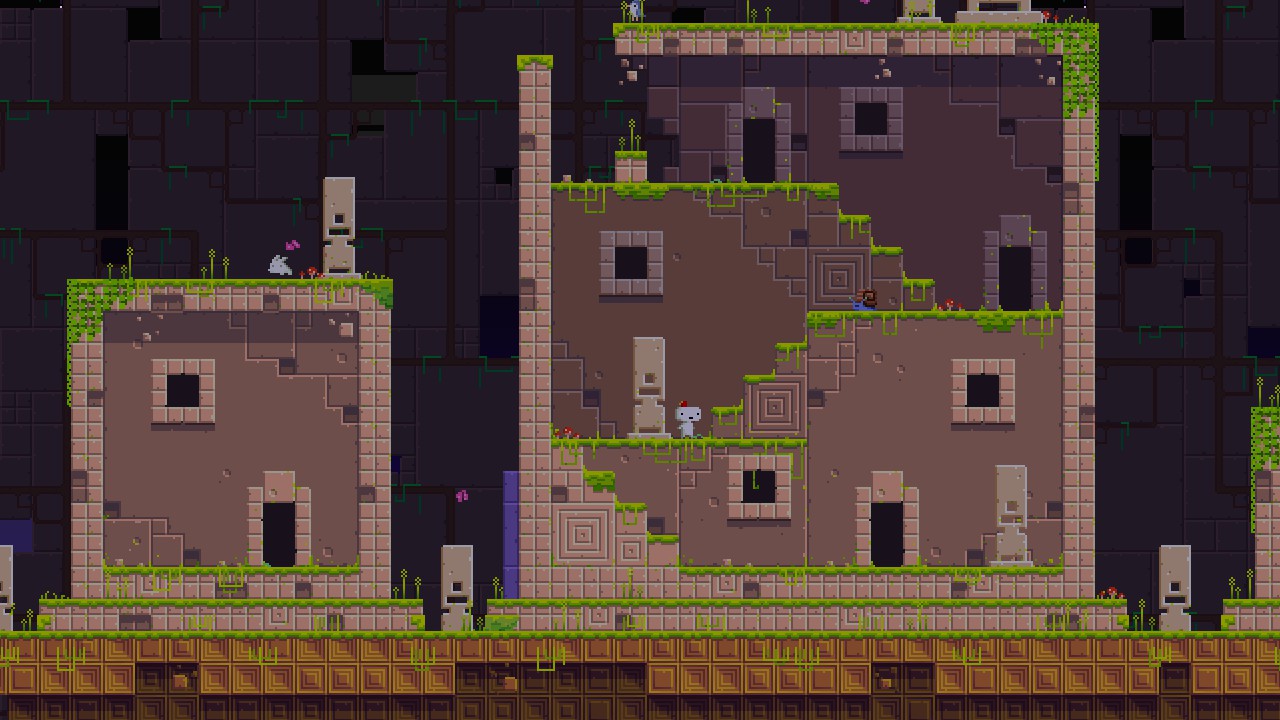 This ancient city is actually eerie as hell.

The game relies on doors to traverse the various levels and worlds. The world map can be tricky to get the hang of, but it’s absolutely perfect for the game it services. Some worlds will have cube bits (the collectable you’re after in the game), multiple doors, treasure chests, whole cubes, warp gates or “secrets” - often a devilishly tricky puzzle, the solving of which will reward the player with a rarer version of the cube called an anticube. 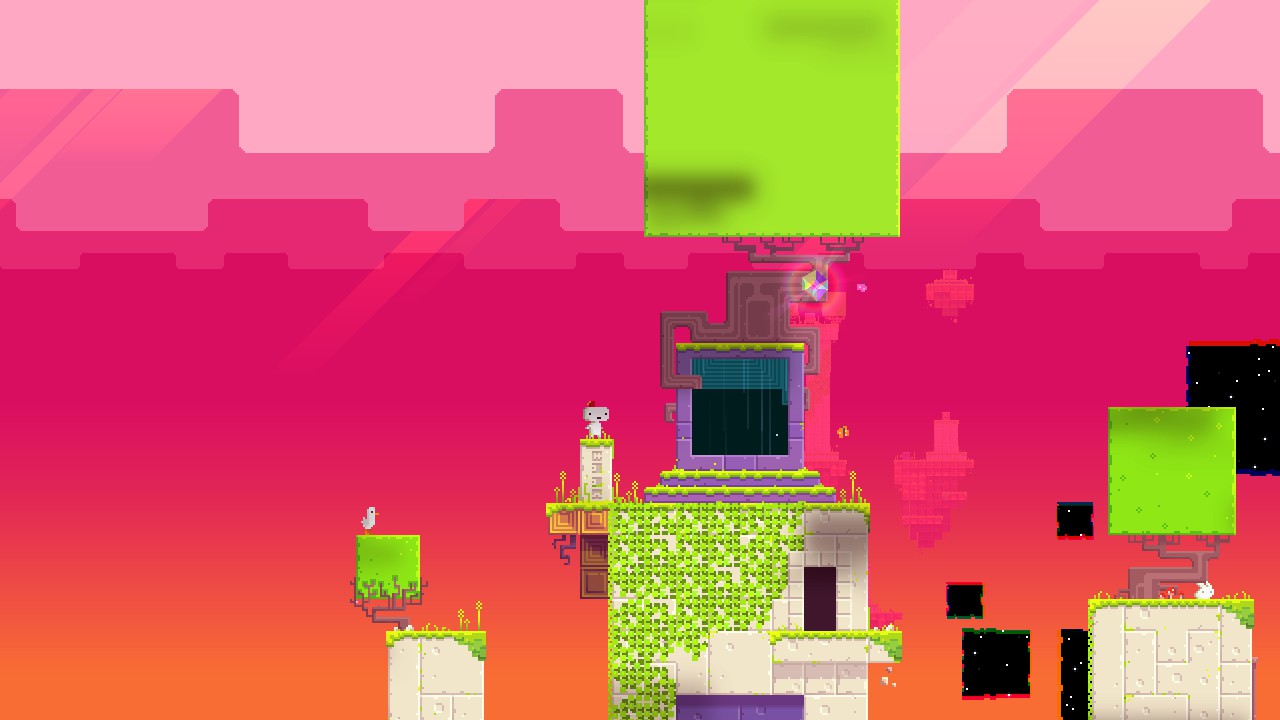 There's a huge amount of variety in the level design. FEZ is gorgeous.

The goal of the game is to gather all of the collectables - there are no boss battles, enemies to fight, quests or goals. FEZ encourages players to explore at their own pace, and backtracking will often result in finding a previously unopened door, which will lead to a whole string of new worlds. Getting the 32 cubes required to ‘beat’ the game isn’t terribly difficult (anticubes count too), but the real challenge lies in finding absolutely everything. FEZ is not an easy game. Some of the puzzles had me really frustrated, in a good way, whether it be dimension hopping, decoding or shifting blocks around.

FEZ’s world has two codes. One is the ‘cube’ language, spoken by the cube at the start of the game. I won’t reveal the other one as it would give too much away. FEZ doesn’t offer translation for either code - you’ve got to work it out for yourself, and many of the puzzles will rely on one or the other. Without spoiling anything, the way FEZ subtly shows players how to read the ‘cube’ language is an absolute work of genius. 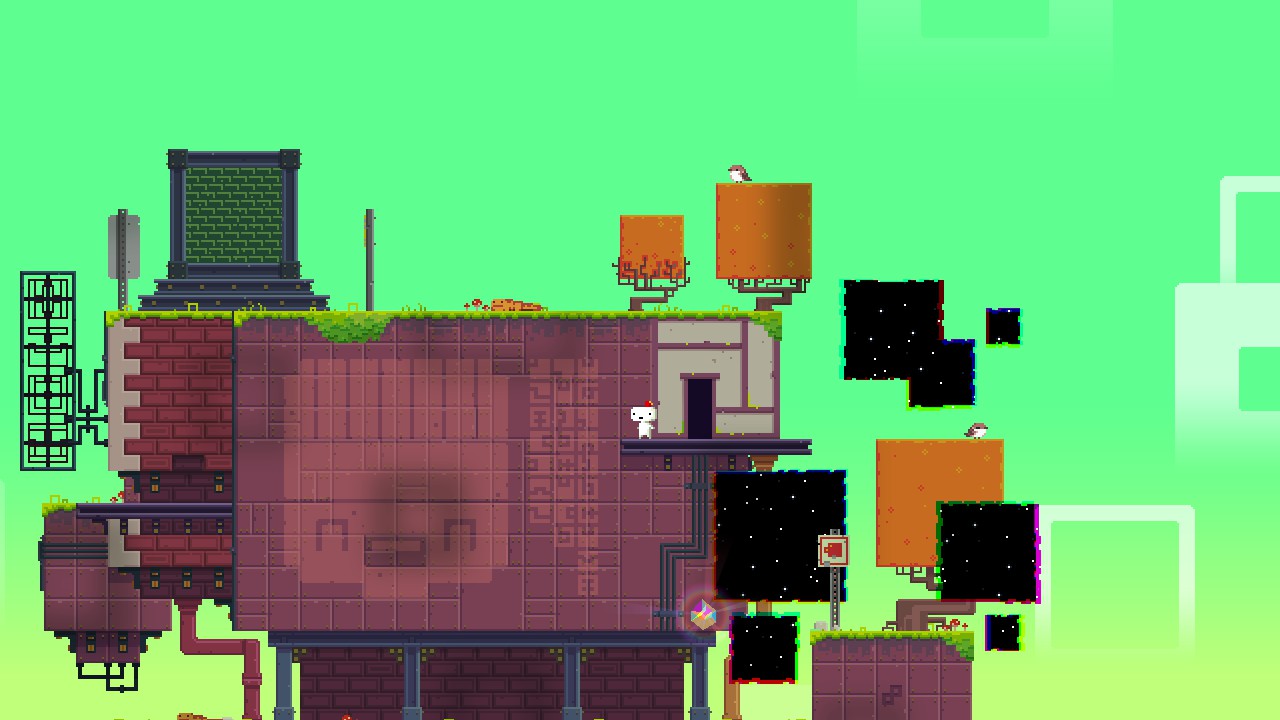 I know what this says. I'm not telling, though.

The nature of these puzzles meant that I played most of the game with a pen and paper beside me, something which I absolutely love and is sadly missing from game design these days. FEZ’s world-hopping and puzzles made me nostalgic for the Myst games, but its play mechanic blows just about everything out of the water.